By Leopold Munhende, Chief Correspondent
MORRIS Seremani (74) one of the Murehwa villagers who were heavily flogged by Zanu PF youths early this month for supporting opposition Citizens Coalition for Change (CCC), has warned youths against being used as weapons for hire as that would just bring curses on them.
Seremani, who led a group of elderly CCC supporters at a meeting in rural Ward 19 of Murehwa was speaking to Crisis in Zimbabwe Coalition’s (CiZC) Zeem TV after a week of treatment.
A video, shot by the Zanu PF, of him being forced to lie down before a barrage of sticks rained on his back made rounds on the internet last week. He suffered fractured limbs and bruises on his head which was being stepped on during the ordeal. 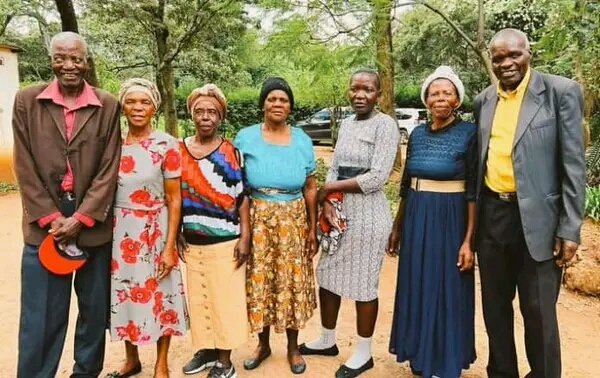 Seremani said he was worried educated youths were being kept drunk then manipulated by politicians ahead of this year’s elections to mete violence on opponents or dissenting voices.
“My advice to the youths is that if you are used by politicians you will have bad luck, you will be haunted as individuals; your country will never develop, you will also have nothing to show for your efforts,” said Seremani.
“You passed your Ordinary and Advanced levels, you have courses but there are no employment opportunities.
“You are struggling, you spend the day taking drugs. They are keeping you drunk so they send you out to beat their opponents but you do not get anything from it.
“Those who send you to beat us up have money, they have many houses, they board aeroplanes whenever they want to travel but you have never. I urge youths to use their brains, I urge them to be woke.
Attacked while hosting fellow @CCCZimbabwe members at his homestead, Maurice Seremani of Murehwa North says he is unshaken.
He is one of the 7 elderly CCC activists assaulted by suspected Zanu PF activists last week. He speaks exclusively to ZEEMTV@NewZimbabweCom @zppINFO pic.twitter.com/R77cJ1pU57
— Zeem TV Zimbabwe Online TV (@zeemTVONLINE) January 13, 2023


President Emmerson Mnangagwa and his deputy Constantino Chiwenga have been blamed for the violence which torched massive disapproval within civil society, political circles and international sector.
Zanu PF chairperson for Mashonaland East Daniel Garwe is on record calling on ruling party supporters to use everything “god gave them” to defend the party’s candidate and electoral win this year.
“Whoever insults the President has to be beaten up, do not keep quiet when Zanu PF or the President are being insulted; we are now at a point to defend the party and President with all that we were given by god,” said Garwe at a rulling party rally in Murehwa.
“You and I have a job to teach people the good that is being done by Mnangagwa and the good being done by this party.”

Zanu PF has however denied any hand in the act despite the arrest of three of its members regards the matter.
One of the victims, Chipo Mutizwa, narrated to Zeem TV how they had to brave a rainy night in the mountains soon after the attack as they believed another one was looming.
Those who had been badly injured were ferried to hospitals for treatment.
“After being beaten we were so scared so together with my colleague who stays in our village, we decided to flee to the mountains,” said Chipo Mutizwa.
“We endured a night of rain in the mountain, it rained till morning.
“When we fought the liberation we wanted freedom and tolerance, we expect to live in a safe and free environment, but we are now being oppressed again in a country whose freedom we fought for.
“It hurts that young people are being sent to beat us up and yet it is the same youths we are fighting for. We are fighting for them to get jobs and a proper life.
“The youths are abusing drugs and being used by politicians to beat up people.”
With analysts predicting a bloody electoral period, the Zimbabwe Electoral Commission (ZEC) has been called on to reign in or punish errant parties that sponsor and fuel politically motivated violence.
The police has also been accused by CCC of dreading to arrest pro-Zanu PF perpetrators of violence.


NewZimbabwe.com – The Zimbabwe News You Trust is Zimbabwe’s leading online newspaper and published by New Zimbabwe Media Ltd.
The platform brings you the latest breaking News, Business, Showbiz, Sports, Diaspora and gives you everything you’ve come to expect and love. Our Forums are vibrant and gives everyone a chance to be heard. On your computer, tablet smart phone or on our App its quick, easy and free access all the news you love.
NewZimbabwe.com is updated continually with the latest news to help you feed your addiction with stories & photos from Zimbabwe and many more!